Can mobile games adopt play-to-earn monetization without the blockchain, cryptocurrency, and NFTs?

Before we address the question in the headline, let’s review what happened last year when it comes to the growing play-to-earn gaming trend.

The play-to-earn (p2e) monetization model exploded onto the gaming scene in early 2021. Many in the industry see p2e as the future of gaming with games on the blockchain rewarding gameplay in cryptocurrency and allowing gamers to own in-game assets as NFTs (non-fungible tokens). Blockchain gaming has grown from a zero-value market size to a $3 billion figure in 2021. It could rise to a $39.7 billion sector by 2025 (Grit Daily). And nearly 60% of 197 video-game developers surveyed in the US and UK were beginning to use blockchain technology according to Stratis research.

For game publishers, play-to-earn is “the next big thing” by combining the sexiness of the blockchain with another monetization strategy to differentiate their game and attract players. To the blockchain industry, p2e is an exciting new use case driving additional business from the normal cryptocurrency mining and exchanging into the glamorous and enormous video gaming marketplace. They even coined a new term for it, GameFi.

According to a Yahoo article, “Play-to-earn is a new way to monetize video games enabled by cryptocurrency and blockchain technology. In its purest form, creators can release a game that has in-game items and currencies that players earn and can trade outside the game either for other items or for cryptocurrency.”

While many in the industry are embracing this gaming model, others are totally against it. The two major arguments are damage to the climate and proliferating scams, such as NFT “rug pulls.”

The Verge reports that blockchains and NFTs are partly responsible for ongoing planet damage due to the millions of carbon dioxide emissions generated from mining and the use of cryptocurrencies. As a result, some major players have criticized their emerging use in various industries, including Steam, which will not allow developers to publish “applications built on blockchain technology that issue or allow exchange of cryptocurrencies or NFTs.” Others, however, such as Epic Games and its digital storefront, are fine working with developers using blockchain technologies, despite Epic Games CEO Tim Sweeney stating just one month prior that the company wouldn’t be “touching NFTs as the whole field is currently tangled up with an interactable mix of scams…” [Game Informer]

And now the answer…

You probably already guessed that if we pose the question, “Can mobile games adopt play-to-earn monetization without the blockchain, cryptocurrency, and NFTs?” that the answer is YES.

acQyr eXchange can immediately introduce play-to-earn mechanisms into existing mobile games with our current platform. QX is an alternative to blockchain games with all the functionality and benefits, but without having to build a new blockchain game or retrofit a current game. What that means is that any mobile game that captures in-game player achievements can now reward players in cash on the acQyr eXchange platform without the need for blockchain, cryptocurrency, or NFTs.

acQyr eXchange was created to help game publishers and developers increase gameplay, improve customer retention, and grow revenue by providing a superior solution for issuing and redeeming digital assets into cash. By allowing gamers to own and exchange all earned rewards from participating games into local currency, the exchange is a unique and powerful platform for developers of all sizes.

QX easily plugs into a publisher’s or developer’s current achievement tracking and rewards issuance mechanism. There is no cost to partner with QX and join the platform. Partners only pay for performance as players exchange in-game rewards for QX Points and then redeem them for USD. USD rewards are only available for US-based players at this time, but the company will be issuing rewards in most major international currencies later this year.

QX is free for gamers to join and fun to use. Players just download the app and create an account. They don’t have to join a crypto exchange and create a crypto wallet. QX members can manage earned rewards from all participating games on their QX mobile app with one login. With multiple games in QX, players can aggregate rewards from the games they play and earn more meaningful cash amounts in their QX accounts.

Now that you know you CAN introduce p2e into your game, the next question is WHY would you?

Most businesses don’t go through the trouble of building a business case for new projects, but it can be a valuable exercise for evaluating benefits and costs. Below is a sample Business Case outline with a discussion about adopting p2e.

The best reasons for any game publisher/developer to take on any new project are to get more users, achieve more retention, and to make more money. Monetization has been the central premise of the blockchain game movement. Embracing p2e is a means to that end.

Regarding p2e adoption, there are three primary options from which to choose:

The benefits of building a new blockchain game are self-evident given the trend. Introducing a new monetization element into an existing game has major benefits for these reasons:

The risks associated with adopting p2e are pretty much the same as making any investment: will we achieve a meaningful ROI and when?

Given the discussion above, the organization needs to assess the benefits, costs, risks, and timing of introducing p2e as a new dapp or bringing p2e mechanics into an existing game. You’ll want to consider and answer such questions as:

This is the section of a Business Plan where the author(s) would make a recommendation based on the answers in the Assessment and choose one of the alternatives to pursue. It would be self-serving for us to recommend adopting QX. We’ll let you be the best judge of how you want to proceed. Hopefully, now you’re better informed to make that decision.

If you have any questions or want to learn more about partnering with QX to introduce p2e into your game, please contact Bill Wilson, QX CMO, at wywilson@acqyrexchange.com

The acQyr eXchange, developed by Denver-based Targeted Shopping Solutions, Inc, is the first public exchange to track and manage the digital assets (loyalty rewards, earned prizes, etc.) gamers acquire online which then can be redeemed for cash. The platform is initially available for mobile and online gaming. 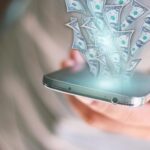 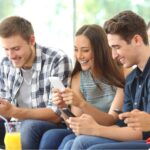 Is there anything new you can do to increase retention? Read More...